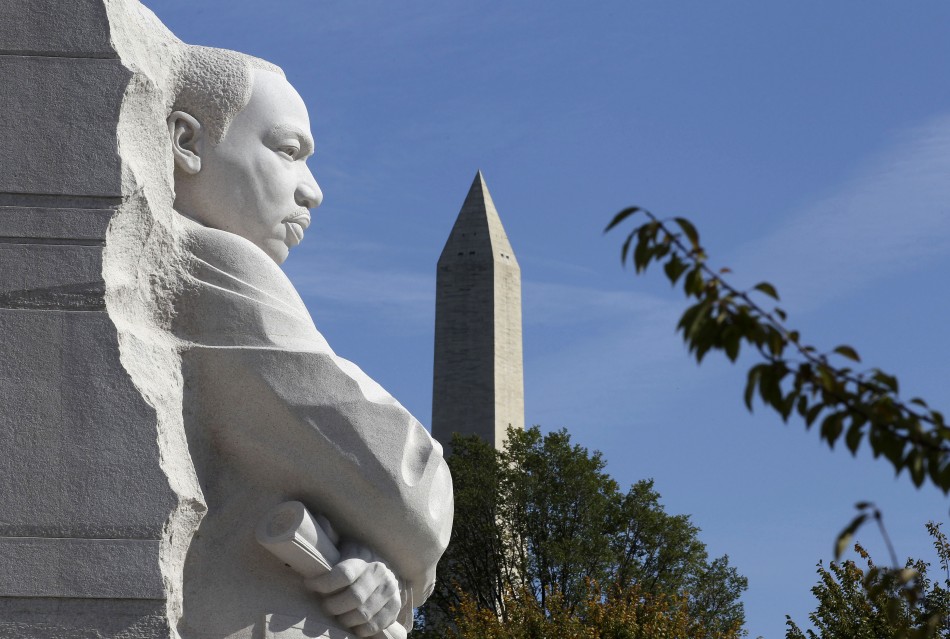 The Dr. Martin Luther King, Jr. Memorial (with the Washington Monument in the foreground); Washington, D.C.

This past Saturday, my wife and I had the opportunity to watch “Selma”. Before the trailers for other movies began, my heart was encouraged to witness the diversity in the theater: culturally, ethnically, and generationally. I saw white couples, black couples, white teens, black teens, interracial couples and clergy. Contrary to some media reports, we were about to watch an American movie, not simply a black movie.

After watching “Selma”, I was moved to tears for several reasons:

1. The Activism of Young People

Dr. Martin Luther King, Jr. was a young man who was driven by a resolve to see injustice confronted and all Americans be treated equally and fairly under the law. He could have left the leadership reigns to someone else. He could have abandoned the cause for the pursuit of writing and staying in the shadows. He made a different decision. He made a deliberate choice to sacrifice himself, his family, his friends and a “comfortable” life for the inconvenience of real change. But, it was not only Dr. King. The countless young people who joined their parents’ generation to fight the good fight was stunning, convicting, and remarkable in scope.

2. The Engagement of Men and Women of Faith

When the call to march and action was summoned, men and women of faith from across the country and the world joined in the effort. This diverse group of men and women risked their very lives and “reputations” for the sake of the Gospel. Their brave acts served as a template of what faith in action looks like. Coupled with reading historical accounts for years, the visual representation of “Selma” brought the truth of community to life on screen in a poignant manner. They lived what they preached. They lived what they sang. They lived what they taught.

3. The Courage to Move Forward

“Selma” was not only a movie about a march over a bridge for voting rights for all Americans. It was a movie that stirred up the consciousness of the viewer to have the courage to move forward. We cannot deny the strides that have been made in our country and abroad as it relates to racial reconciliation. Nevertheless, we cannot sit on our laurels under the false impression that we don’t have more work to do. But it will take all of us. All of us.

Where Do We Go From Here?

As an American, I’m encouraged to see young people and people of faith coming together with boldness to see our country reconciled. As an young pastor, I feel a deep call of responsibility to contribute to this conversation of “Where Do We Go From Here?”. As an African-American male who is in an interracial marriage with family and friends from all ethnic backgrounds, I also feel the call to discover ways to bridge the racial divide that for too long has hindered progress as an American community. The protests across the nation after the deaths of Trayvon Martin, Michael Brown, Eric Garner and others reflect a deep-seeded distrust of authority and across racial lines. Oftentimes, the conversations on social media are purposely presented with talking points by those who support these protests and those who do not.

I’ve already heard the “conversation killers” (aka kill any chance for real talk):

“What else do “these” people want? You’ve got a black president!”

“All the police are crooked and abuse their authority! You can’t trust them!”

“Where has all your praying got you? We are still in a mess!”

As a man of faith, I pray to God for understanding and wisdom about where do we go from here. Not just me, but we. The concerns of the protestors and the point of view of those who don’t agree both need to be explored by those willing to listen and then respond. A conversation about what to do next doesn’t abandon your principles or views. It provides an outlet to sharpen them and allow for questioning of why you believe what you do. Conversations with the agreement of working toward practical solutions and policy grants our country the privilege of becoming a more perfect union.

Granted, there are extremists who terrorize Americans not with bombs but weapons of vile content and abusive behavior. Unfortunately, they are not willing to engage. But, I challenge those who are willing to sit with those who have the courage to move forward — to start conversations who think differently from you culturally, spiritually and politically. If we are going to seriously answer the question, “Where Do We Go From Here?”, we must have the conversation to figure out if we agree on where “here” is and if we’re willing to take the first step into our collective future.