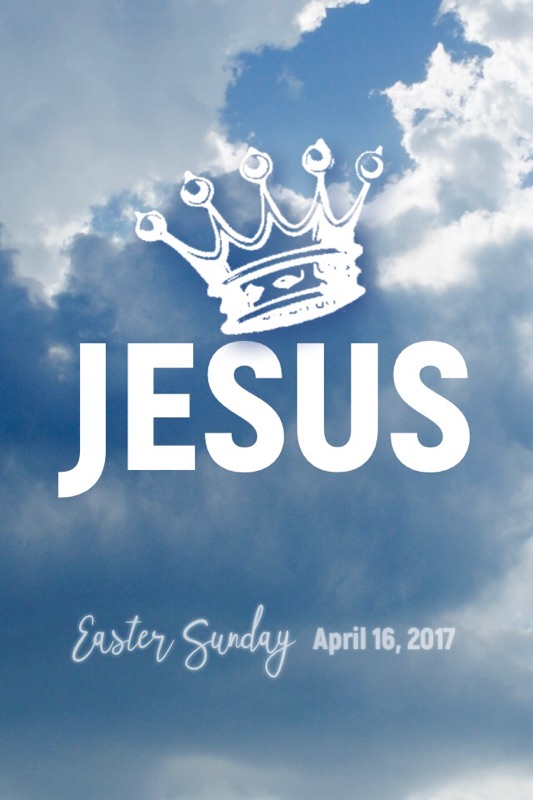 Love compelled Jesus to the cross. Love rose Jesus from the dead. Love leads Jesus to intercede for us right now. On this Easter Sunday, the Savior of the World invites you in loving relationship with Him.

To give thanks to Jesus for His love, enjoy this song by Anthony Evans: 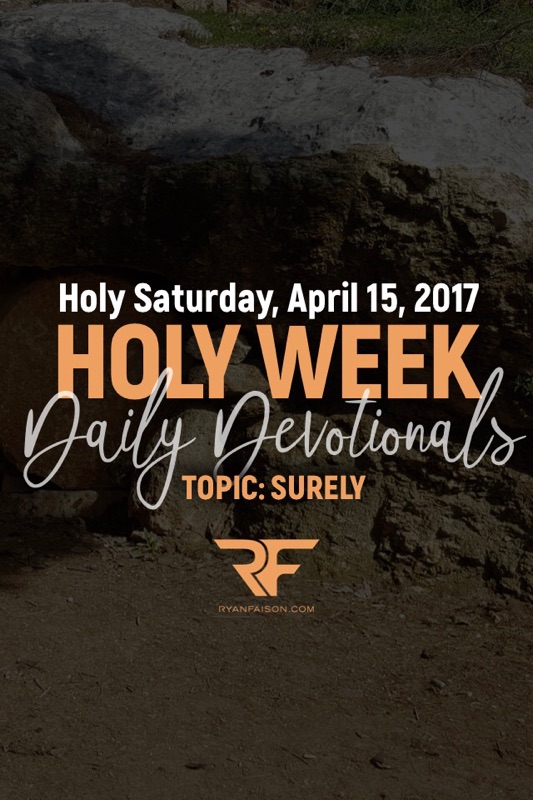 “It was now about noon, and darkness came over the whole land until three in the afternoon, for the sun stopped shining. And the curtain of the temple was torn in two. Jesus called out with a loud voice, “Father, into your hands I commit my spirit.” When he had said this, he breathed his last. The centurion, seeing what had happened, praised God and said, “Surely this was a righteous man.” – Luke 23:44-47

Surely, this was a righteous man.

Surely, this is a righteous man.

Surely, He is the Righteous One.

The death of Jesus on the cross was no ordinary event. It marked the exact time when the debt of our sins, that could not be paid by man alone, were paid in full. The blood of Jesus satisfied our debt and granted us access to the Father. When we pray, we pray in the name of Jesus because His life granted us the authority to boldly approach the throne of grace.

But for the enemies of Jesus, this was the end. No more need of a rousing prophet and preacher who said He was the Son of God. Yet, his actual death sparked reactions that were surprising and alarming. In Luke 23, we see that the event was so impactful, even doubters and skeptics said the word SURELY. In death, Jesus revealed His divinity for those who wanted to see. While the enemies of Christ and the Father of Lies surely celebrated the final breath of Jesus on this side of eternity, these same enemies forgot who they were dealing with.

As we think of the day of crucifixion and the day of resurrection, it’s the 2nd day in between that may stir up doubt, skepticism, worry and fear. Did Jesus really mean what He said? This question among others may taunt us today. Before a breakthrough, we wonder if it will come. Before the miracle, we question if God will show up right on time. Before the blessing, we may get weary in our belief that Jesus will be what He said He would be. Is He the One who can redeem, restore, and set free?

I can assure you, backed by the authority of Scripture, Jesus is the One. 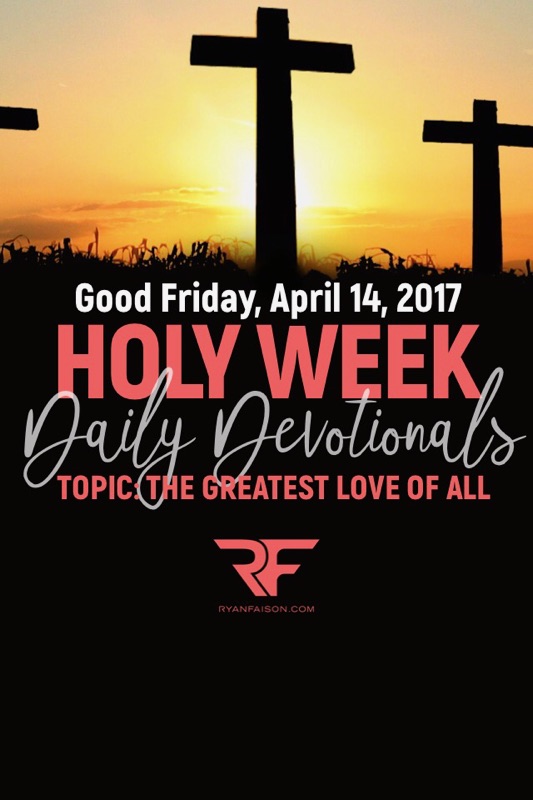 “Greater love has no one than this, that someone lay down his life for his friends.” – John 15:13

Love is best defined through sacrifice. When we witness a couple exchange vows on their wedding day, seasoned married couples know full well that this moment is a promise of commitment and love. These vows are tested by the challenges and opportunities that life presents. It’s the sacrifices by each spouse from day to day that leads to the success of a marriage. While words and verbal declarations are important, the fulfillment of those words through action carries even greater weight.

Jesus personified love through His sacrifice on the Cross. This sacrificial act of love was not under compulsion, but under obedience to the Father. Jesus prayed in the Garden of Gethsemane:

This Scripture passage demonstrates that Jesus preferred another route to save the world from sin and eternal damnation. This “cup” was a hefty price to pay. “God made him who had no sin to be sin for us, so that in Him we might become the righteousness of God” (2 Corinthians 5:21). This sacrifice on the Cross of Calvary was a risky proposition. Jesus committed to die on a cross for a people that may ultimately reject Him. Yet, the promise of each member of humanity to become the righteousness of God (in right standing with the Father) was worth the risk. The reward was a people reconciled back to God.

On this Good Friday, we are reminded of the great sacrifice of the Father. He surrendered His one and only begotten Son for the sins of the world. This day, we remember the sacrifice of Jesus, who surrendered to the brutality leading to and at the cross. Jesus took the ultimate risk for the reward of relationship with you.

I know Whitney Houston was sang of “The Greatest Love of All”. No greater love was personified than Jesus laying down His life for His friends.

On this Good Friday, we are reminded that death died so that we may have life and life more abundantly.

What will you respond to the greatest love of all?