“The ultimate tragedy is not the oppression and cruelty by the bad people but the silence over that by the good people.”

Throughout history, the destructive forces of oppression and abuse have been stoked by evil intentions, agendas and behavior. Yet, there is another source that can fuel insidious plans — the reliance on silence. Over the years, I have learned the value of silence for a specific reason — to listen closely to learn and grow. Keeping quiet for the purpose of being a student of others and situations is an admirable quality and discipline. But, the motivation to stay silent because of the consequences is a real fear gripping the hearts of many. Too often, our culture has exposed the destructive force of silence when it was necessary to speak up.

The fear to speak the truth in love and bring correction can be attributed by the addictive comfort of convenience. The convenience of not saying anything to avoid being the target of attacks, false accusations and slander certainly maintains the status quo. But, it can also lend itself to being complicit to a system, person or thought that only serves to cause greater pain. More than ever, our culture is facing some hard and inconvenient realities that must be addressed in an assertive manner. If not confronted head-on, it can serve to exacerbate conditions that are not helpful to anyone.

For example, the #MeToo and #TimesUp campaigns are a few movements have shed light to a long-standing problem of sexual harassment, abuse and exploitation. Every time we hear a report of a celebrity, leader or influencer being toppled by substantiated claims, you may hear a collective sigh of disappointment. But, you may also hear others voice (after the claim) a lack of surprise. Why is that? It may be due to their knowledge of the person’s behavior in years past and a refusal to address it for the sake of their career or to curry favor. With all due respect, this is part of the problem. As more people speak out and share their stories, we must be diligent in investigating what happened and ensure it doesn’t happen again. I’ve wondered how many more people have stories that they are afraid to share because of what they think will be the consequences. How many more people are living in daily fear? While easier said than done, we must support the victims and their courage to speak out on their behalf and for the sake of others. We can no longer be silent or be silenced. As Dr. King stated emphatically, “the silence of the good people is the ultimate tragedy.”

The same applies to our current politics. For years, political allegiances have caused those who are supportive of a candidate or leader who has said or done something inappropriate to remain silent or to defend the indefensible. In the 1990s, when President Bill Clinton acted inappropriately in the White House, too many supporters of the President defended him. You may have agreed with his policies, but it doesn’t mean you don’t have the right to speak directly to his lack of character. It also doesn’t mean you’re being hypocritical. When President Donald Trump reportedly called nations in Africa and Haiti, s**thole nations (Link to Story), such language from the leader of the free world has been universally viewed as unacceptable. Whether you agree with President Trump’s policies on immigration, the economy or his leadership of the nation, can we agree that such language will not make america great again? I’ve been dumbfounded by the silence of the good people and how anyone who values character and integrity can defend such remarks. The coarsening of our culture, the increased partisanship in our politics and the voluntary segregation of aligning with those who only agree with us, have led us to this moment. It is unfortunate to conclude that too many people will overlook clear infractions of dignity and respectability for the purpose of their agenda going forward.

Another area where silence has been destructive is the systemic injustices in the United States and our world. Whether it is the shooting of an unarmed person and its disproportionate amount in minority communities, the economic disparities amongst communities, gentrification, or even how American citizens are detained, incarcerated or addressed in our prisons, the silence is deafening. At times, the silence is due to not having enough information to address the matter. For those reading this blog, I encourage you to seek out reputable resources that can help in the study of these issues. The silence of the good people may also be due to the conflation of our opinions to facts. As the late NY Senator Daniel Patrick Moynihan was once quoted saying,

In a culture that is peppered with the phrases “fake news” or “alternative facts”, we must be even more diligent in searching out the facts of an issue and debate the best course of action for the betterment of society. We shouldn’t dismiss debate, but we must reject the deliberate effort to intentionally mislead.

WHAT CAN WE DO?

I’m encouraged by those who are speaking out about injustices and inequality for the purpose of resolution and healing. There will always be voices serving the agenda of division. But, as we reflect on the life and legacy of Dr. Martin Luther King, Jr., these voices are muffled by the collective voices of justice, healing, racial reconciliation and peace. It could be dismissed as naiveté, but I truly believe in the best of our humanity and civic discourse. The silence of the good people has reached a breaking point. Will we speak up on behalf of the defenseless, the helpless and the unprotected? And when we speak, will we add value to the national conversation? Join forces with a non-profit organization addressing societal injustices daily. Use your platform to address matters of concern and let your voice be heard. Call your local, regional and national legislators to voice your concerns. Make your voice heard in the voting booth. Hold your leaders to account for what they do or don’t do — what they say or don’t say. Collectively, let’s make sure when we speak, we have the courage of our convictions to follow through and backup what we say. In the words of Dr. King, “We must live together as brothers or perish together as fools.” – RF 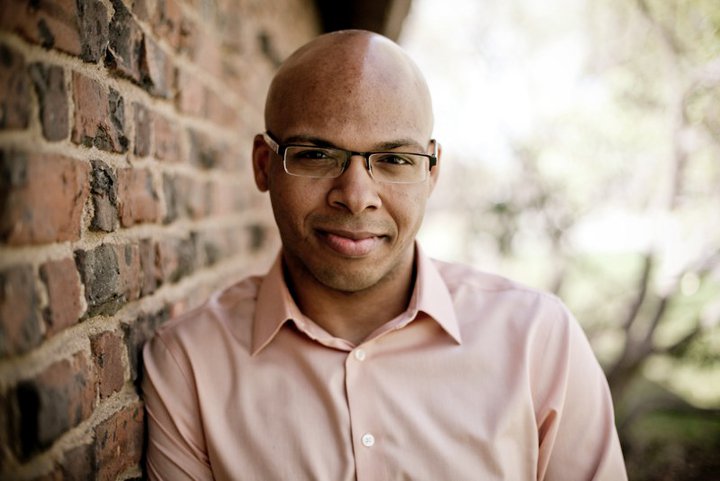 Ryan E. Faison is the College and Young Adults Pastor at Christ Church in Montclair & Rockaway, NJ and the Executive Director of Young Adults United. Ryan also serves on the Clergy Advisory Board for HomeCorp in Montclair and the Nyack Alliance Theological Seminary Alumni Association. Ryan serves as a preacher, worship leader, and producer at Christ Church. Ryan has been married to Kristyn (an educator and worship leader) for 7 years and lives in Northern NJ. Connect with Ryan online at @RyanFaison (FB, Twitter, IG, Snapchat, Periscope).