The unfolding events in Ferguson, Missouri have awakened the conscience and debate of the nation over social justice, racism, militarization of the police, and civil rights. Michael Brown, an African-American young adult, was shot multiple times in the street by a police officer (who happened to be a Caucasian male). The disturbing element of the story is how Mike Brown was unarmed and reportedly surrendered with hands up and was still shot. The investigation is ongoing, but the debate and political discourse have placed the United States of America on high alert — our racial and societal issues are still rampant and need to be addressed.

While the stories of police using tear gas and arrests being made are reportedly widely in our media, check out this story from the HuffingtonPost on the untold stories of good happening in Missouri. 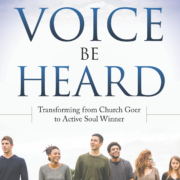 The Power of Preparation

Out of the Loop
1 reply